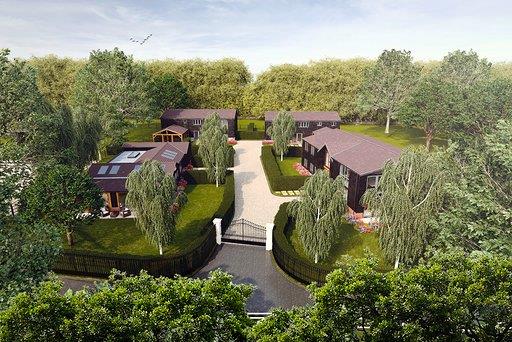 SF Planning Cheltenham were delighted to secure planning permission for 4no. dwellings in the Metropolitan Green Belt in Fulmer, South Buckinghamshire, following a non-determination appeal against the Council.

The site comprised an existing dwelling and several large utilitarian metal clad barns and outbuildings, in varying conditions. Its redevelopment was seen as a vast improvement in landscape and visual terms, as well as an opportunity to provide much needed new homes with the council currently unable to demonstrate a five-year supply of housing land.

Although national and local planning policy states that the construction of new buildings in the Green Belt is inappropriate, it was successfully argued that this proposal fell within the ‘partial or complete redevelopment of previously developed land’ exception. The principle of development had also been established through an existing permission for 2no. dwellings.

The Appeal Inspector concluded that:

“A huge thank you for a great result on Fulmer. It was the right decision but we know you worked extremely hard” – Private Client.

For more information, or, if you need any help or advice on any similar project, please contact SF Planning Cheltenham: Simon Firkins: simon@sfplanning.co.uk or Chris Wilkinson: chris@sfplanning.co.uk. 01242 231575

Previous Post
A boost for the rural economy… a new rural working hub in the Cotswold AONB
Next Post
Will office space change to residential as a result of the pandemic?